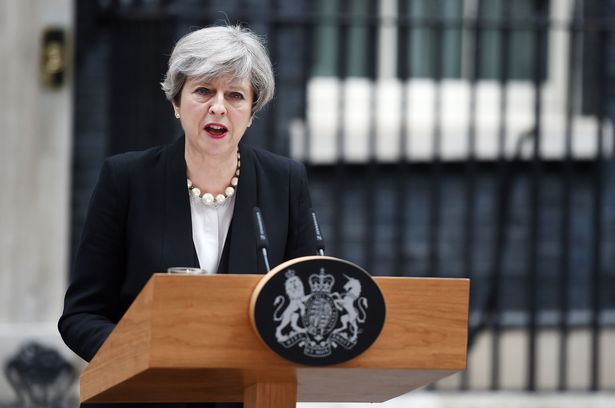 North Wales Police will review their patrolling levels and procedures in the wake of the Manchester Arena terror attack that left 22 people dead.

A suicide bomber blew himself up at the end of an Ariana Grande concert last night in one of the worst terror attacks in British history.

Assistant Chief Constable Richard Debicki said: “First and foremost our thoughts and prayers are with all those affected by last night’s terrible attack in Manchester.

“I’m sure most of us can relate to our children’s huge excitement at attending a pop concert and to have, what should have been, a safe, enjoyable and memorable night cut down in such an horrific way is beyond words.

“I’d like to pay tribute to the professionalism and bravery of all the emergency services who responded and worked tirelessly to protect the public and treat those injured.

“North Wales Police are providing mutual aid to our colleagues in Greater Manchester and will continue to do so as the investigation unfolds.

“It is prudent in the immediate aftermath of such an horrific event to provide our communities with a visible reassurance and we are reviewing our level of resources and patrolling key locations.

“North Wales Police will continue to operate under agreed National Counter Terrorism guidelines and will implement any potential actions that follow this morning’s COBRA meeting in London, however, I must emphasise there is no specific threat towards North Wales.

“We understand that last night’s events are very ‘close to home’ and people will be concerned, but I wish to reassure all communities that your safety is our priority and North Wales Police will do everything it can to keep you all safe.

“We will maintain regular contact with Greater Manchester Police and the Welsh Extremist and Counter Terrorism Unit (WECTU) and will continue to monitor the situation. We have a range of contingency plans in place if required.

“We stand together with our communities and our advice is to remain alert but not alarmed and if you see anything suspicious call 999 immediately.”