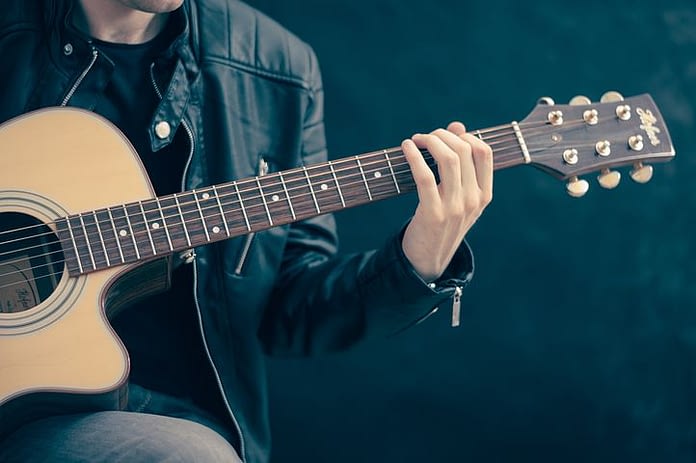 I started running about a year and a half ago and completed my first half marathon last August. When I first started running I used the treadmill in our basement. I decided to watch episodes of television which I don’t usually have time to watch while I would log in the miles. Last January I thought that running with other people would keep me motivated so I joined the Itasca Runners. They are a great group of people who meet every Saturday morning to run five miles or more. The first time I went I was barely finishing three on the treadmill, but I figured I had nothing to lose so I went.

Needless to say, it took a while to build up to the five miles with the group and even more to the thirteen for a half marathon. The first several times I ran outside I took my iPod and put on a file which I titled “Driving Hits.” This is a collection of songs that I like and actually know the majority of the words which I usually use to keep me focused during long drives (hence the title). As a music therapist, this sounded like a great idea. After all, there is a fair amount of research which shows that the use of music can increase endurance, stamina, and motivation during exercise. Why not practice what I preach?

Well, the marching band geek in me began to take over and I noticed that I changed my pace to match the tempo of each song. I’d be barely moving for 80’s power ballads and flying for driving alternative songs. While there is something to be said for interval training, I don’t think this was what they had in mind! I finally broke down and bought a separate smaller iPod for running (and have recently transitioned to a Sony Walkman) and put only those songs that matched the pace I wanted to maintain and had words which motive me to keep running even when I’d rather take the shortcut back to Starbucks.

Even with all of my education and experience as a music therapist I questioned how much the music helped with my running. To test this I started running with other groups. They ran at about my general pace and were very chatty on the trails. Wow! What a difference! I found that I struggled with my breathing more, was less motivated to push to the next mile, and was generally miserable by the time I finished. While I enjoyed their company, I found that running did not bring the same satisfaction that I found while running with music. There is truly something to be said about a favorite or motivational song coming on at just the right moment during a long run!

Here are my experienced music therapist, but novice runner recommendations for using music on a run:

• Choose songs that make you want to tap your toes or get up and dance. It shows that it is motivating to you.

• Listen to the words. I realized during a ten mile run that a song that I like has horrible lyrics for trying to endure two hours of running. Nothing says hang in there and cross the finish line like a song that talks about giving up or being depressed!

• I like to have at least a few songs where I know all of the words. I know it sounds crazy, but I generally do not know the words to the songs I like. Being able to “sing” along while I’m running can really help me stay focused and even help with my breathing. Being a music geek can help in that my music brain does not shut off the thought of phrasing for breathing.

• Pay attention to the speed of your songs. If you are like me, the tempo of the song can completely alter the pace at which you run. If you can not separate your movements with what you hear, find songs which match your current pace. Through practice I’ve been able to separate the listening and moving parts of my brain, but I’ll still find that a great tune at a faster tempo will put some spring in my step and increase my pace.

Remember that these are only my “live and learn” suggestions and ideas that I’ve found through trial and error on the road and research through music therapy. The best thing to do is find your own way and your own selections. Happy running!

TeenFM is an online news & entertainment website. Founded in 2007.