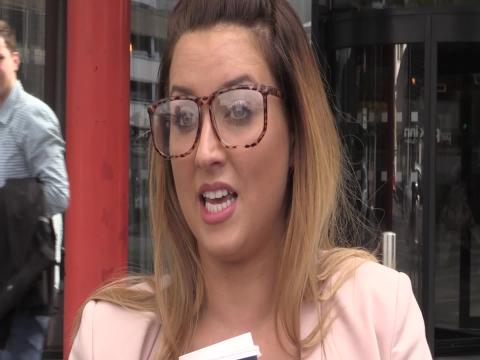 Take That have announced they have cancelled the show they should have played tonight at Echo Arena Liverpool.

The group took the decision following the suicide bomb blast last night at the Manchester Arena that claimed the lives of 22 people – including children – and left 59 injured.

Fans were leaving the Ariana Grande show at the Manchester venue at around 10.30pm when the man detonated his nail bomb plunging the venue into chaos and carnage.

Today Take That tweeted that out of respect for the dead they will not be playing at the Liverpool waterfront venue.

The band tweeted: “Out of respect to all of the people and their families that were affected by the horrific incident last night at The Manchester Arena we have decided to postpone our show tonight in Liverpool. Our thoughts and prayers are with you all.”

Earlier today in Liverpool the city’s Metro Mayor today confirmed an emergency meeting would determine if the gig would go ahead.

Flags fluttering over the Liverpool venue were today flown at half mast.

A spokesman for the Echo Arena Liverpool said: “Our thoughts are with those affected by the devastating tragedy in Manchester.

“Our sympathies go out to everyone at this tragic time.”

The venue later tweeted: “We have been liaising with Take That and their promoter and they are understandably wishing to postpone tonight’s concert.

“Further information will be communicated with Echo Arena Liverpool customers as soon as it is available.”

Last night Take That played in Liverpool at the 11,000 capacity waterfront venue.

They were due back at the 21,000 capacity Manchester Arena as part of their Wonderland Live tour on Thursday 25, Friday 26 and Saturday 27 May and have cancelled those shows too.

The band had already played in Manchester on Thursday 18 and Friday 19.

Earlier members of the group – now made up of Gary Barlow, Mark Owen and Howard Donald – expressed their sorrow over the attack that happened as concert-goers were leaving the packed venue.

Gary tweeted about the terror attack, sending his prayers to those involved and affected.

He said: “Sad, sad news from Manchester. Praying for all the victims and families involved”

Some fans backed the band’s decision to pull out.

On Twitter Jess Owen wrote: “Total respect too you boys!! So glad this decision has been made!”

Nicola Sanders said: “Total respect to Gary Barlow and the Take That boys. Your shows will go on. Their poor lives won’t. Rip to the people at Manchester.”

Liverpool’s Mayor, Joe Anderson said: “Our thoughts are with those affected by the devastating tragedy in Manchester. Our sympathies go out to everyone at this tragic time.

“We have been liaising with Take That and their promoter and they understandably wish to postpone tonight’s concert at Echo Arena Liverpool.

“We completely respect their decision which serves as a mark of respect to those who lost their lives and the people of Manchester.

Property Insider: Take a look at this historic Gwynedd home with outstanding views