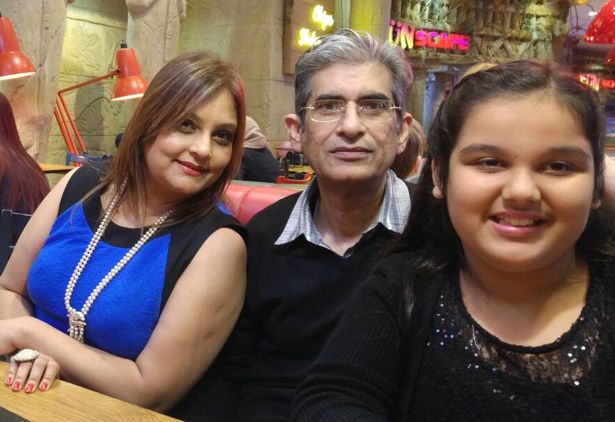 A man has denied being the accomplice of a robber who has admitted the attempted murder of a shopkeeper.

Imtiaz ul Haq, 58, suffered serious knife wounds to his throat when he was attacked by Matthew Liam Whelan at his Costcutters store in Chester Road East, Queensferry last year.

Leslie Peter Baines, 47, of King’s Road, Connah’s Quay, is on trial at Mold Crown Court accused of taking part in the robbery with Whelan, 29, of Willow Park in Mancot, who has already admitted his guilt.

Prosecuting barrister John Philpotts told the jury that Mr Haq was working in his shop shortly on December 8 last year when he became the victim of “a vicious, life-threatening attack with a knife”.

Whelan had admitted robbing Mr Haq and attempting to murder him by cutting his throat, Mr Philpotts said.

It was the prosecution case that Baines was his accomplice.

They had spent the night before drinking together and began to drink again the following afternoon.

That evening they walked to the shop in Station Road, Queensferry and could be seen entering the store on CCTV footage.

Baines went in first followed closely by Whelan, who was clearly armed with a knife, Mr Philpotts said.

Mr Phillpotts said Baines initially moved to another area of the shop while Whelan went behind the counter and attacked Mr Haq.

Baines was clearly aware of what was happening but did nothing to intervene.

Whelan escaped but Baines remained at the scene and spoke to a police officer telling him that his fingerprints would be found on Mr Haq’s mobile telephone because he had used it to speak to the ambulance service.

Arrested and interviewed, Baines said that he had gone to Costcutters to buy alcohol and Whelan decided to accompany him.

En-route, Whelan revealed that he planned to steal meat from the shop, to sell, in order to buy drugs.

Baines told police he tried to discourage him and told him not to commit any offences while he was present.

He said that he had been in a dilemma as to whether to intervene or not but had not done so, Mr Philpott told the court.

After the robbery, he advised Mr Haq to maintain pressure on a wound to his neck, he claimed.

Mr Philpotts alleged that Baines had tried to stop another man from intervening while the attack was taking place.

At one point Baines checked the door and positioned himself in such a way, to give Whelan an opportunity to get clear.

That, said Mr Philpotts was him attempting to impede and delay the reporting of the offence.

Baines claimed not to have seen Whelan again but a jacket recovered from the garden shed at the house where he was arrested was forensically examined and the bloodstain when tested was found to be Mr Haq’s blood.

The prosecution also claimed that Baines was desperate for money at the time.

Mr Philpotts told the jury: “He was no innocent bystander.”

In evidence Mr Haq said that he called the police himself, and said Baines did not help at all.

Mr Haq said: “He restrained another guy who could have helped me. This is humanity? Is this the way someone should be treated?”

Defending barrister Philip Clemo said Baines had not restrained anyone, and in a 999 call which was played to the jury said that his client could be heard saying someone had been slashed to the throat and saying “keep pressure on him”.

He said Baines had remained at the scene when the police arrived.

The trial, before Judge Rhys Rowlands, is proceeding.