HomeUncategorizedFrom Baroque To Rock: The Surprising Similarities Between Classical And Modern Music
Uncategorized

From Baroque To Rock: The Surprising Similarities Between Classical And Modern Music 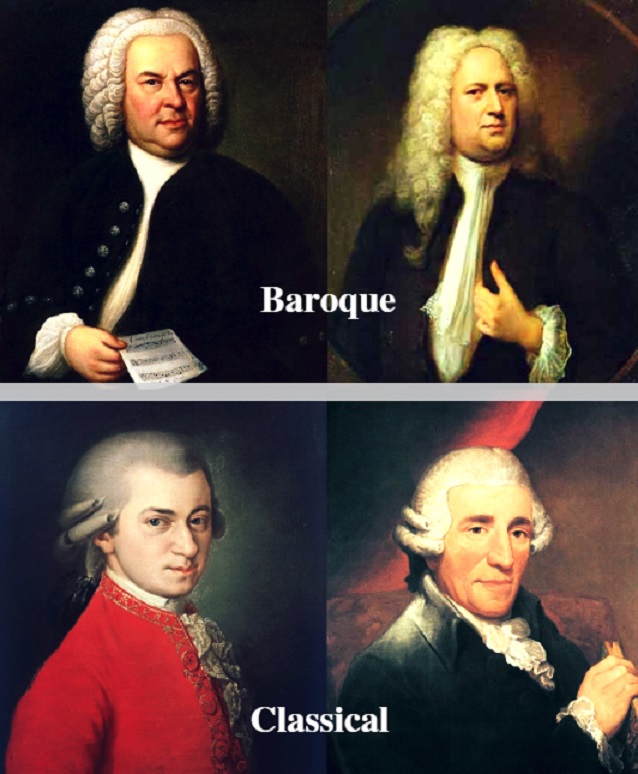 With every new generation, a new musical genre is developed.

Usually, it’s accompanied by shouts of ‘turn that racket down!’ from every older person in the vicinity.

In the 1920s, jazz was looked down on by the older generations, who thought it was too ‘wild’ and ‘uncouth’, and many young people were banned by their parents from watching or listening to it.

Later, in the 1950s, jazz had become the pinnacle of education and sophistication, but those who had once been banned from listening to jazz by their parents now decided that rock’n’roll was the ‘braindead’ music of the masses.

Then those same people grew up and looked down upon the next generation of punk rockers who came along.

So is music actually changing so much? Or do we just think that we know better than the generations who come after us?

This attitude towards new genres of music is not new. In fact, it is as old as time itself.

Even operas such as Bizet’s Carmen and Puccini’s Madame Butterfly were initially considered ‘sordid’ and ‘scandalous’ before society evolved to see the important political messages behind the stories.

Is rock and metal music really so different?

Rock and punk have long been a means of communicating a political message; just consider for a moment bands such as The Clash, Rage Against The Machine, and Husker Du.

And playing ‘loud’ or ‘dark’ music is hardly exclusive to rock and metal; many classical pieces fit the bill for these qualities – Holst’s ‘Mars, The Bringer Of War’, from The Planets, is booming, dark and aggressive, to fit with the character of the God in Roman mythology.

Holst’s composition was so compellingly dark and suspenseful that it inspired John Williams’ theme song for classic villain Darth Vader in the Star Wars series, as well as the main riff used in Black Sabbath’s song, Black Sabbath.

In fact, a great many rock bands have taken influence from classical music.

For example, Frank Zappa was known for his passion for Stravinsky and Varese, and Roger Waters of Pink Floyd wrote and released his three-part opera, Ca Ira, which was released in 2005. Also, metal bands such as Metallica and Children Of Bodom in particular, seem to have been heavily influenced by classical music, with Metallica even releasing two albums with the San Francisco Symphony orchestra.

Led Zeppelin too are among the loudest live bands in history, yet are known to have drawn influence from Beethoven, Queen used a range of operatic features and styles in their music, and an entire genre of music (symphonic metal) was created using classical as the basis for creating heavier tracks.

But this influence does not only run one way, as many modern classical musicians are now starting to take influences from rock music. For example, composer Patrick Grant was traditionally trained in classical music and musical theatre; however, his work has started to incorporate various modern methods from rock and metal, such as heavy electric guitar and regular and memorable beats.

Meanwhile, Purple Haze by Jimi Hendrix was composed for the Kronos string quartet, while the London Symphony Orchestra has played tracks from everyone from The Rolling Stones to Sting.

There are also a growing number of bands embracing the growing connection between folk music and metal, now known as ‘folk-metal’. This genre is very popular in eastern Europe in particular. Ukrainian Celtic folk band Omnia, for example, have several tracks which breach the boundaries between the genres, which taps into a specific demographic of the goth and pagan subcultures.

They are accompanied by a range of traditional classical instruments including wooden flute, and harp, which brings classical influences to their songs.

Live On The Same Wavelength

So what is it that draws such strong links between classical and rock music?

Firstly, it can be argued that classical musicians and metalheads have surprisingly similar personalities. A study by psychologist Adrian North at Heriot-Watt University in 2008 found that both groups shared gentle, self-assured, and creative characteristics.

Secondly, there are many similar themes in classical music and metal.

Popular themes in classical music, such as love and romance, rejection, death, and war are commonly found in rock and metal music too, and as such the sense of ‘drama’ attached to these themes affects both genres.

A good example of this is Elton John’s Phantom Of The Opera. As the name suggests, the musical is highly influenced by the opera, as it is set against the backdrop of a fictional opera starring the leading female role of Christine Daee.

The music is a diverse mix of classical and rock elements, with booming organ parts and delicate violin, against the backdrop of heavy guitar. The themes of the ‘opera’ itself are full of love, passion, jealousy, and murder.

Unsurprisingly, this musical has been the source of inspiration for many metal bands, including the Finnish symphonic metal group Nightwish.

Overall then, the heavier and the lighter sides of music have a surprising amount in common.

The sounds share similarities in how they’re used and which feelings they can produce, and the people who enjoy either style of music tend to have a range of shared personality traits.

As rock and metal influence classical music more over time, and vice versa, could we perhaps one day see long-haired, tattooed, pierced metalheads clad all in black enjoying Proms in the Park?

However, given that rockers and classical fans are more alike than they may think, these two groups could well find they get on like a house on fire – so long as they can find the ways to meet each other!

TeenFM is an online news & entertainment website. Founded in 2007.