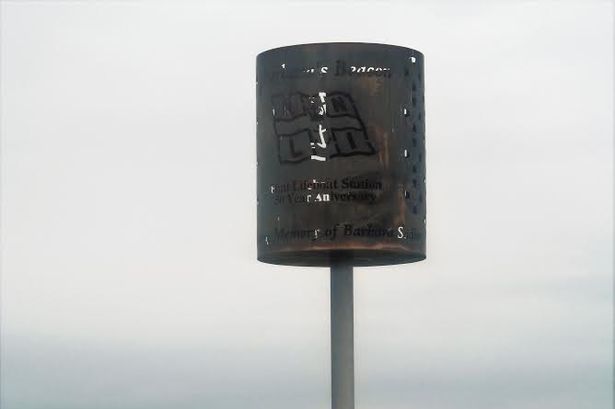 A vigil to remember the 22 people killed and the dozens injured in the Manchester Arena terror attack will be held in Flintshire.

The beacon at Flint lifeboat station will be lit on Friday at 9pm to show support for all those hit by the tragedy.

Flint RNLI spokesman Richard Polden said: “Following social media activity in and around the town of Flint, the beacon behind the lifeboat station will be lit to remember those involved in the Manchester Arena tragedy on Monday night.

“The Vicar of St Mary’s & St David’s, the Reverend Brian Harvey will lead a short service, this will be followed by a minute’s silence, the lighting of the beacon, and the firing of a white flare, there will also be a collection for the Manchester appeal.”

Suicide bomber , Salman Abedi, slaughtered 22 people – including children, and left 59 of his victims injured when he detonated his device packed with nails and ball bearings at the Ariana Grande concert on Monday night.

In the wake of the tragedy, Prime Minister Theresa May raised the terror threat level in the UK to critical .

Several families from North Wales were a the concert and have told how they made terrifying escapes from the chaos that ensued.

Today, Greater Manchester Police confirmed that an off-duty female police officer was among the victims.

It is believed that the officer was with her husband and two children.

All three were injured, her husband critically, according to the BBC.

Sources said the family are from Cheshire.

These stray kittens were nursed back to health by Gwynedd mechanic