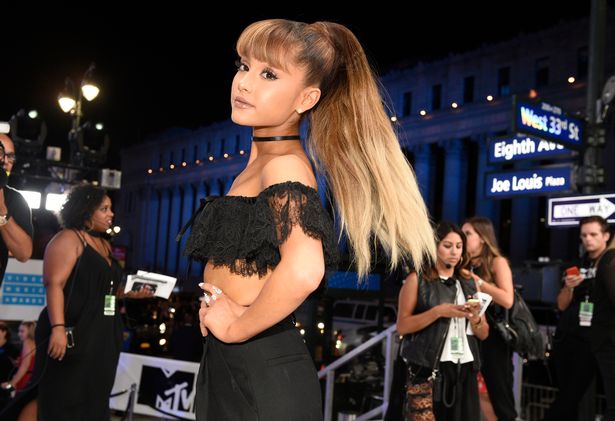 At least 22 people were killed and dozens more injured in a suspected terror attack on a concert at Manchester Arena last night.

A blast tore through the foyer of the complex at the end of a performance by pop act Ariane Grande at around 10.45pm, just as thousands of people – many of them young fans of the US singer – made their way out of the venue.

Daily Post reporter Andrew Forgrave, 52, had been at the gig with his wife and teenage daughter.

He described scenes of widespread panic as people screamed and ran from the building in the moments after the blast.

Andrew, his wife Gillian, his daughter India and his daughter’s friend were trying to leave the Arena at the moment the suspected terrorist device was detonated.

He said in the initial confusion he, like many other people, believed the bang had been caused by popping balloons. Andrew described a pall of smoke in the air and children as young as nine or 10 sobbing hysterically as fear gripped the crowds and thousands of people attempted to flee the venue.

Andrew said: “Everyone stopped and turned around. Following the bang, there was a momentary pause. Then, on the far side of the arena a crowd of concert-goers panicked. From a staircase people ran in opposite directions. Some tripped and fell over seats and many were screaming.

“We watched on in mild disbelief. Like many around us, we suspected a blown speaker, or even a popped pink balloon. This is what happens when panic grips people: the stampede is often more dangerous than the cause.

“The bang was loud, but the ground didn’t shake. My wife said she heard a second bang.

“It quickly turned to hysteria”

“No one near us reacted immediately. It was only seeing the scenes opposite us when the fear began rippling through the crowd. It quickly turned to hysteria as those around us began bolting for the exit.”

As Andrew’s wife clutched her daughter and her friend close to them, a fleeing family tried to push them out of the way. Mrs Forgrave attempted to calm them down but the terrified family clambered over seats to try to make their escape.

Images captured on mobile phone footage showed thousands of people heading in panic towards the exits. Initial reports suggested the bang that triggered the panic may have been down to some of the popping of the large pink balloons that can be seen in the videos.

Andrew said a steward or manager took to the stage to try to calm everyone down and temporarily the atmosphere inside the main arena calmed a little. The man speaking from the stage assured everyone there was nothing to worry about and that nothing had happened.

But the reassurances gave way to renewed panic as people leaving the seating area started see the wounded who had been in the blast area, which is believed to have been around the ticket offices close to the main entrances to the complex.

“There was a thin pall of smoke hanging in the air.”

Andrew described seeing walking wounded and children screaming in fear as they left their seats and neared the exits.

He added: “A man passed by, clutching a jumper to his head. We thought he must have been a stampede victim. We wandered on, passing a woman doubled over and in tears. Two more people were hunched against a wall.

“There was a thin pall of smoke hanging in the air. We wondered had someone let off a fire cracker. From our vantage point, on the opposite end of the arena, the idea it had been an explosion never occurred to us.

“My wife’s instincts were to get the girls to safety, away from the crowds. As we got out into the fresh air, a PA system urged people to evacuate the area. We had thought nothing had happened.

“Next to us, a little girl, perhaps aged nine or 10, was bawling. People hurried along, some quiet. Two women were fishing for car keys in their handbags, both inconsolable. We had a bad feeling, because this was looking much worse than a few stampede injuries.”

Outside, the sounds of panic were mixed with the sirens of the waves of emergency vehicles at the scene. More arrived in waves, a police helicopter circled overhead and armed officers armed with assault rifles fanned out onto the streets. The early statements to the media said only there had been an ‘incident’, but that assessment was soon upgraded to a ‘serious incident’ and not long after that spokesmen for Greater Manchester Police confirmed there had been a number of people killed.

Andrew added: “On the motorway, we listened to news alerts on the radio.

“Callers rang the station to say they’d heard the bang but didn’t know much more. We drove along in silence.

“As we neared home, my daughter read the latest news alerts from her mobile. She missed bits out: she couldn’t bear to speak the words. I turned the radio back on. There had been multiple fatalities. My wife began shaking.”

The family were inundated with messages from friends and family who knew they had been going to the concert as a birthday treat for Andrew’s daughter.

Andrew added: “My daughter couldn’t sleep for worrying about the people who were killed and injured.

“A few hours earlier, thousands of teenagers, mostly girls, had been dancing joyfully and screaming so loudly. It just doesn’t seem real.”