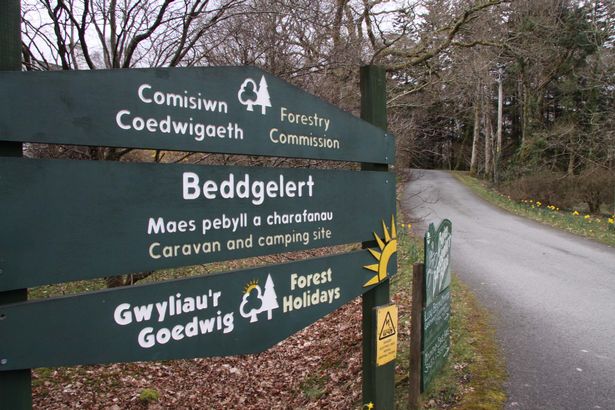 Controversial plans for a “Center Parc” style chalet park in one of Snowdonia’s most popular areas should get the go-ahead, according to planners.

Forest Holidays, who own the former Eryri Forestry Park near Beddgelert, have been involved in discussions over the proposals for more than two years.

The company – which has nine sites across England and Scotland – wants its first lodge site in Wales, with plans for cabins in a forest near Beddgelert.

The plans, to be discussed at a meeting of the Snowdonia National Park Authority’s planning committee later this week, has prompted 200 letters, a 413-signature petition and a 3,613-signature on-line petition against the plan, with 120 letters of support.

The objectors argue the changes will not only impact on the environment but also on the local economy, creating a precedent for other sites in the area.

One feared it would become a “Center Parcs-type development”, taking trade away from the village, but the applicants said one of the benefits would be that the chalets would extend the season beyond the current June – August period.

A report by planning officers notes: “The proposal would not result in the loss of a tourist facility, rather one with less intensive use.”

Both the authority and the applicants commissioned studies of the economic impact and concluded the reduced capacity at Forest Holidays could produce a spin-off for other sites in the area.

The officers are recommending approval of the plan subject to various conditions.

The scheme will mean 27 of the 248 trees on the site being felled.

The firm says it will create an additional 20 full and part-time jobs at the nine-hectare forest location, owned by the Welsh Government, and it will support a similar number off-site.

The site is next to Afon Colwyn and the Welsh Highland Railway runs along the western boundary of the development.

Forest Holidays was formally created in May 2006 as a partnership between the Forestry Commission and the Camping and Caravanning Club.

Following a partial buyout in 2012, Forest Holidays focuses on cabins, with camping in the forest operated by the Camping and Caravanning Club.