Anglesey home of famous airman put up for auction 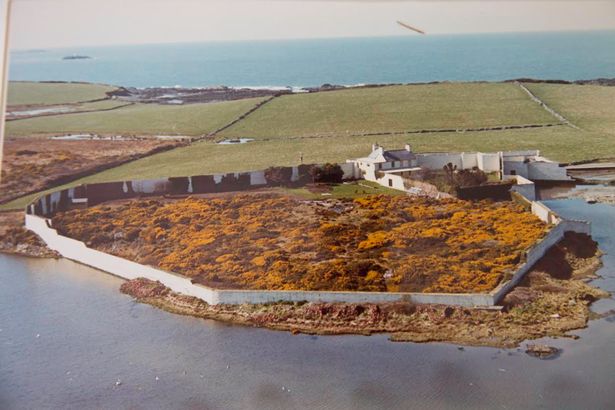 Anglesey home of famous airman put up for auction

The Anglesey home of a famous Welsh aviation pioneer is coming up for auction.

One hundred and five years ago Captain Vivian Hewitt was the first man to fly across the Irish Sea, just three years after Frenchman Louis Bleriot crossed The Channel.

Years later, in 1930, he returned to Anglesey to buy Bryn Aber, at Cemlyn Bay, turned it into a bird sanctuary and built a high wall around the four acres of land.

The estate is being handled by leading North Wales legal experts Swayne Johnson along with the local firm of Tudur Owen Roberts Glynne and Co, and goes under the hammer on Thursday, June 8.

The auction is being held by Auction House North Wales, of Menai Bridge, at Bangor City Football Club at 5.30pm and the four-bedroomed house and land has a guide price of £250,000 to £300,000.

Swayne Johnson’s Shaun Hughes is the solicitor dealing with the Bryn Aber estate and he said: “It is an amazing property in an incredible place and Captain Hewitt seems to have been very happy here.

“He lived alone, cared for by a housekeeper to whose sons he eventually left his property as he had no heirs. One son received a home in the Bahamas and the other Jack Parry, received Bryn Aber and his widow, Sarah Olwen Parry, lived here until 2009.

“Vivian Hewitt certainly seems to have enjoyed his life here and he built a huge wall around it as a windbreak but perhaps also because he seems to have been quite a shy man.

“It was said that if anyone came to the house and asked to speak to Captain Hewitt he claimed to be the gardener.

“He was a keen ornithologist and built a lagoon for seabirds and much of the original land was sold to the National Trust and is now managed by the North Wales Wildlife Trust as a nature reserve.”

The Hewitt family money came from a Grimsby-based brewing empire but Hewitt had no interest in brewing and moved to Bodfari, near Denbigh, where he developed his passion for flying and began to plan his historic flight.

Two attempts at the crossing had already been made by other aviators, one of whom had to be rescued after ditching into the sea while the other had sadly disappeared without trace.

The 24-year-old Hewitt took off from Kinmel Bay on April 26, 1912, in a Bleriot plane made of wood, wire and canvas, stopped off near Holyhead and after navigating ‘blind’ through a thick bank of fog, landed to a hero’s welcome in Dublin’s Phoenix Park.

His flight was more than three times longer than Bleriot’s but was overshadowed by the tragedy of the Titanic sinking a fortnight earlier though he received another huge reception on his return to Rhyl from Ireland.

After World War I, Hewitt gave up flying and eventually moved to Bryn Aber in 1930 after selling the family business which he inherited from his uncle and there his diaries reveal a keen interest in cars as well as birds.

Shaun Hughes added: “Captain Hewitt did seem to become increasingly eccentric over the years and even at one time had a pet parrot which travelled with him and when travelling by train the parrot was even given its own first class seat.

“His story is a fascinating one. He really was one of those early magnificent men in their flying machines and we hope that we are able to find a proper home for some of his possessions.”

For information on the auction go to http://www.auctionhouse.co.uk/northwales/auction/lot/83950